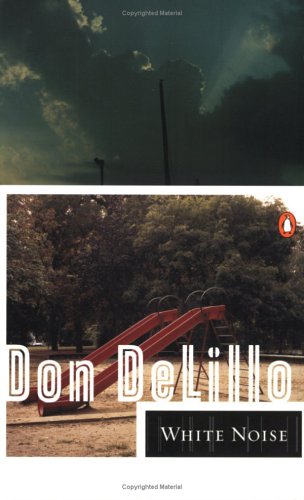 One of my favorite wedding presents (other than cash of course) was the novel White Noise by Don DeLillo.  The book is a postmodern classic about Jack Gladney, a professor of Hitler studies at a non-descript liberal arts college in Mid America, and his family’s dealings in modern, consumeristic society. The following conversation between Jack and his colleague , Murray, really captures the feel of the book:

Murray says we are fragile creatures surrounded by a world of hostile facts. Facts threaten our happiness and security. The deeper we delve in the nature of thing, the looser our structure may seem to become. The family process works toward sealing off the world. Small errors grow heads, fictions proliferate. I tell Murray that ignorance and confusion can’t possibly be the driving forces behind family and solidarity. What an idea, what a subversion. He asks me why the strongest family units exist in the least developed societies. Not to know is a weapon of survival, he says. Magic and superstition become entrenched as the powerful orthodoxy of the clan. The family is strongest where objective reality is most likely to be misinterpreted. What a heartless theory, I say. But Murray insists it’s true.